The North Texas Center for Mobility Technologies (NTCMT) will bring the coordinated expertise of our Dallas-Fort Worth research universities to mobility challenges faced by industry, not-for-profits,  municipalities, and transportation agencies in the region, across Texas, nationally, and globally.  NTCMT is a program of the Texas Research Alliance (TRA), which  is the organizer and facilitator of NTCMT and chairs its Leadership Committee.

WHY WORK WITH US

To partner with multi-university teams and leverage match funding to further the development of your mobility solutions. Match funding by NCTCOG and the universities stretch your research dollars allowing you to solve bigger problems with fewer dollars. While there is no floor on project size, multiple awards are expected with a total ceiling of $2M per year. This ceiling may be increased with additional sponsorship.

HOW TO WORK WITH US

Any company, non-profit, municipality, or public agency may apply directly to partner with NTCMT at any time.  Projects are evaluated on a quarterly basis by the NTCMT Leadership Committee. If your project is accepted, and you are not already connected with a NTCMT partner university, the NTCMT Leadership Committee will suggest university partnerships.

Please review the project criteria below before submitting

OPTION 2:
PARTNER WITH A UNIVERSITY

Reach out to faculty that you work with  at UTA, UTD, UNT, and SMU to develop your project ideas. Working with university faculty will allow you to craft a scope of work that meets your needs and the NTCMT funding criteria. Then submit your research idea. The TRA Executive Director is available to discuss your university research needs.

Faculty are also encouraged to actively find and work with companies (including startups), non–profits, municipalities, and public agencies to develop project proposals.

Please review the project criteria below before submitting

OPTION 3:
RESPOND TO A CALL FOR A PROJECTS

On regular basis, the NTCMT will open a call for projects around specific challenges or ideas.  Any company, non-profit, municipality, or public agency may respond to the call for projects. If your project is accepted, and you are not already connected with a NTCMT partner university, the NTCMT Leadership Committee will suggest university partnerships.

To be considered for funding, a project must: 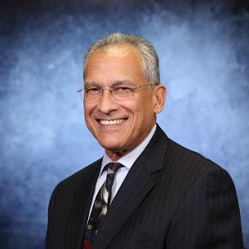 Dr. Fishman has served at the organizational interface for industry, government and academia. Prior to the Texas Research Alliance, he served as Associate Vice President for Applied Research at the University of Texas at Dallas. Dr. Fishman built the full range of high performance computing, additive and subtractive manufacturing and mechanical design and prototyping capabilities that supported both industry and faculty. At Penn State University, he held the industrial and government agency portfolios for the Applied Research Laboratory (ARL), a DoD level University Affiliated Research Center (UARC). His work covered both classified and unclassified programs with government and industry partners. Prior to his retirement and for the last six years of his tenure, Dr. Fishman served as Head of the Washington Office with responsibilities across ARL’s government and industry sponsor base. Dr. Fishman has held significant industry leadership positions in pharmaceuticals, environmental monitoring, technology transfer, and new technology development and commercialization. Dr. Fishman serves on the board of the National Defense Industrial Association. He served in the U.S. Army, separating after six years at the rank of Captain. Dr. Fishman holds a Ph.D. from the University of Texas at Austin, an M.S. degree from Clemson University and an undergraduate B.S. degree from the University of Miami, Florida. 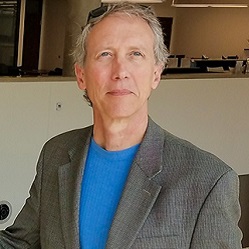 Steve Guengerich is Associate VP, Innovation & Commercialization, for the Office of Research at The University of Texas at Dallas. As the university's "chief innovation officer," Steve brings a wealth of knowledge, connections, and expertise from his more than three decades of experience as an entrepreneur, investor, mentor, author and educator. He has been a principal or mentor a number of startup-focused programs, including RevTech Ventures, Powershift Group, and Capital Factory, an Austin-based, statewide technology incubator, workspace, and VC. He has authored or published 12 books and dozens of articles about business innovation and information technology. For more, visit IamSteveG.com 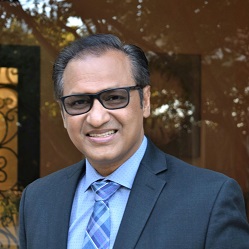 Dr. Gautam Das is the University of Texas at Arlington’s College of Engineering Associate Dean for Research, a Distinguished University Chair Professor of Computer Science and Engineering, and Director of the Database Exploration Laboratory (DBXLAB). Prior to joining UTA in Fall 2004, Dr. Das held positions at Microsoft Research, Compaq Corporation and the University of Memphis. He graduated with a B.Tech in computer science from IIT Kanpur, India, and with a Ph.D in computer science from the University of Wisconsin-Madison.
Dr. Das’ research has investigated broadly all aspects of Big Data Exploration, including databases, data analytics, machine learning and data mining, search and retrieval, data privacy and security, and data ethics. His research has resulted in over 200 papers, many of which have appeared in premier data mining, database and algorithms conferences and journals. His work has received several awards, including the SIGMOD Research Highlights award in received in 2019, pVLDB Reproducibility award in 2018, IEEE ICDE 10-Year Influential Paper award in 2012, ACM SIGKDD Doctoral Dissertation Award (honorable mention) in 2014 for his recent student, Best Student Paper Award of CIKM 2013, VLDB Journal special issues on Best Papers of VLDV 2018, VLDB 2012 and VLDB 2007, Best Paper of ECML/PKDD 2006, and Best Paper (runner up) of ACM SIGKDD 1998. He has been a keynote speaker on several occasions at ICIT 2019, IEEE ICCA 2017, ExploreDB 2015, IEEE APWC 2014, WebDB 2012, DBRank 2012, and presented invited lectures, tutorials and courses at various universities, research labs, and conferences.
He is a Fellow of the IEEE and a member of the ACM. He has been on the editorial boards of the journals ACM TODS and IEEE TKDE. He has served as General Chair of ACM SIGMOD/PODS 2018, ICIT 2009, Program Chair of COMAD 2008, CIT 2004 and SIGMOD-DMKD 2004, Best Paper Awards Chair of ACM SIGKDD 2006, as well as in program committees of numerous conferences. He has served as a guest editor for the ACM TKDD special issue devoted to the best papers of ACM SIGKDD 2006.
Dr. Das’ research has received international, national, state, and industry support from the National Science Foundation, Army Research Office, Office of Naval Research, U.S. Department of Education, Texas Higher Education Coordinating Board, Qatar Foundation, AT&T, Microsoft Research, Nokia Research, Cadence Design Systems and Apollo Data Technologies. 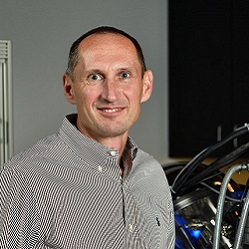 Andrey Voevodin is Professor of Department of Materials Science and Engineering and Associate Dean for Research in the College of Engineering, University of North Texas (UNT). He holds Diploma of Metallurgy Engineer (1986) and Materials Science PhD (1991) degrees from Tula State Technical University, Russia. In 1993-1994, he was a UK Royal Society Research Fellow in the University of Hull. From 1994 to 2015, Dr. Voevodin worked in US Air Force Research Laboratory, leading tribology, thermal management, and nanoelectronics materials research teams. He joined UNT in 2015 as the Materials Department Chair and had transitioned to his Associate Dean for Research duty in January 2020. Dr. Voevodin continues his research in tribology, surface engineering, thin film deposition, flexible electronic materials and additive manufacturing. Dr. Voevodin is a Fellow of AVS and has over 300 technical publications (h-index 65), one book, eight book chapters, 12 patents and inventions. He graduated 21 Ph.D and 7 M.Sc Students. 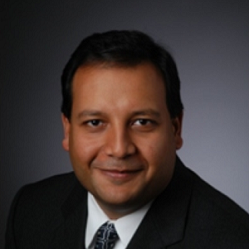 Dr. Khaled Abdelghany is a Professor at the Department of Civil and Environmental Engineering and a Fellow at the Stephanie and Hunter Hunt Institute for Engineering and Humanity of Southern Methodist University. Dr. Abdelghany received his Ph.D. from the University of Texas at Austin in 2001. From 2001 to 2004, he worked as an operations research analyst at United Airlines in Chicago, IL. Dr. Abdelghany joined the Department of Civil and Environmental Department at SMU in 2004 as an Assistant Professor. He served as the chairman of the department from 2010 to 2016. Dr. Abdelghany has significant academic and consulting experiences. He conducted expensive work in the areas of multimodal transportation system modeling and analysis, decision support systems for traffic network management, crowd dynamics and management, resilient infrastructure and communities, smart city applications, city logistics, urban growth prediction, and airlines strategic planning and operations management. Dr. Abdelghany authored two books and numerous peer-reviewed journal and conference articles. His work has been supported by the National Science Foundation, U.S. Department of Transportation, Department of Energy (ARPA-E), Department of Commerce (NIST), KSA’s Ministry of Education, and several consulting firms. He is serving as a member of the Transportation Research Board’s Committee on Artificial Intelligence and Advanced Computing. 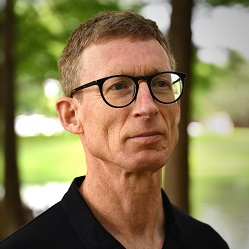 Thomas Bamonte is Senior Program Manager for Automated Vehicles at the North Central Texas Council of Governments, the metropolitan planning organization for Dallas-Fort Worth. At NCTCOG he works on automated vehicle pilot programs, the data infrastructure for automated vehicles, and related transportation technology and planning issues. Before joining NCTCOG he served in senior legal positions at the Chicago Transit Authority, the Illinois Tollway and the North Texas Tollway Authority. He is a graduate of the University of Chicago and Northwestern University School of Law.

The NTCMT Technical Advisory Committee is open to anyone operating across all aspects of the mobility space and works to inform the NTCMT open call for project topics.

The North Texas Center for Mobility Technologies is a coalition led by the Texas Research Alliance and the North Central Texas Council of Governments, and includes industry, public agencies, municipalities, and universities.